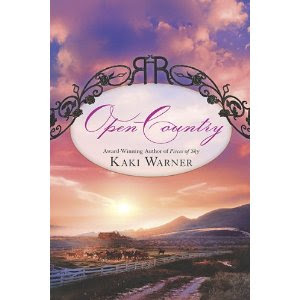 Read it as Mainstream Literature!

While “Open Country” qualifies as a romance (a story with its central focus on the falling in love of a man and woman that ends happily with either a marriage or the likelihood of a marriage in the future), I suggest that it should be read as mainstream literature.

To Be Read Without Genre Expectations

The reason for this is that “Open Country” may be too different for traditional romance fans. The language is as rough as it really was during the 1871 time period. The violence is real and shocking -- even sadistic at times. “Open Country” is not for the squeamish. The sex is explicit but written with literary integrity. The book’s moral compass does not always point true north. And the behavior of the men, heroes and villains alike, is often crude and offensive by today’s standards.

So Why Read It?

Why read any work of genuine literary merit? To learn something; to experience something; to go back in time; to have an enjoyable reading experience; to admire the author’s intuition and skills. Besides, it’s just a damn good book!

“Open Country” is compelling reading. There is a surprise at every turn. Characters are real and not stereotypes. The historical details are so convincing, the book reads like a contemporary author actually wrote it in 1871. The descriptions are like looking at photographs. In short, “Open Country” is a unique 5-Star book that you won’t soon forget.

“Open Country” is honest and realistic. Everything in the book has the purpose of advancing the plot and adding authenticity. This is why it should be read as mainstream literature. Romance genre fans have a real possibility of being very frustrated by “Open Country”. Some fans are not going to like the explicit sex. Other fans, even some critics, are going to complain that there is not enough explicit sex! After all, if you are going to be hot, be hot a lot!

The descriptive sex scenes in “Open Country” are there to advance the story and assist in character development. The actual methodology of the lovemaking in one crucial scene is essential to the rest of the plot. When it is not necessary to go behind the bedroom doors, “Open Country” does not go there. This is part of literary integrity. This same necessity applies to the violence and language. While the violence is real and sometimes brutal, it is always honest and there is never more than the story requires.

Since the heroine puts herself in danger at times, when it looks like she didn’t have to, some genre fans might consider her to be TSTL. That’s romance shorthand for ‘to stupid to live’. A TSTL heroine is one who stupidly walks into danger for the sole purpose of allowing the hero to rescue her.

In “Open Country” the heroine, Molly McFarlane, has spent her whole life, since childhood, serving others. She has worked with her father as a physician's assistant since her mother died. This involved hundreds of amputations during the Civil War and all the horror and pain this implies. The heroine is better trained than many country doctors at the time. Her dangerous actions are a result of who she is. She walks into danger and gets the job done. She knows the risks and is prepared. The romance genre reader does not expect the heroine to do the hero’s job. Again, this is why the book should be read as literature.

The story takes place in 1871 as the heroine is fleeing her brother-in-law by taking a train west. She has her niece and nephew with her because her sister just died and she fears the step-father will mistreat the children. Because of a traumatic event the heroine finds herself married to the hero, Hank Wilkins, a rancher in New Mexico. In romantic genre terms the story is a combination of the ‘marriage of convince’ theme and the ‘protecting the heroine’ theme, which is all fine and well, except that the romance fan is not going to get what is expected. That’s the fun!


One of the best mainstream books I’ve read in a long time but it’s not for everyone.
Posted by Vince at 11:56 AM