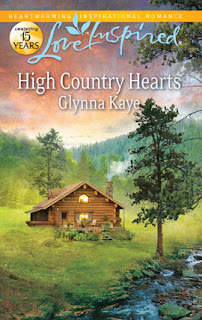 
“High Country Hearts” opens fast, picks up speed and then the last third of the book pulls you in like a tornado to an explosive ending that will have you ‘happy dancing’ –  at least in your soul -- if not across your living room floor.
If judges are really most influenced by the ending of a book, “High Country Hearts” should win everything it enters this year!  This is a book you really, really feel. Here’s what I felt like after I just finished reading “High Country Hearts”:
I was in the sixth grade and the nice new kid from the Catholic school just beat the living daylights out of the playground bully who had been terrorizing everyone for the whole year.
I know that’s a guilty pleasure but did it ever feel good. “High Country Hearts” feels good like not many Inspirational books I’ve ever read. Actually, not like any of them. It’s a must read. Absolutely.
The location, Canyon Springs, high country, Arizona is so well depicted that I want to move there every time I read one of the author’s books. In fact, I’ve never done this is a review but here’s part of the author’s “Dear Reader” comment that comes at the end of the book.
“Dear Reader,
Welcome back to Canyon Springs! This “high country” region of Arizona is filled with beautiful little mountain communities featuring abundant campsites and cabin resorts like Singing Rock. It’s a perfect spot for a getaway – to step back, quiet down and listen to the “still small voice” of God.”
Actually this is a wonderful introduction to the story because the beautiful Canyon Springs location has the importance in the narrative of a major character! The location is not just wallpaper but rather an active participant on every page of the story.
The inspirational content and the character conflicts are absolutely first rate. The conflicts are very real. The dialogues involving these conflicts are deep and not the standard fare in an inspirational romance.
I loved the juxtaposition of the two dialogues between the hero and his sister and the heroine and her sister giving the pro and cons of each ever trying to reestablish a relationship with the other. Wonderful writing. Highly interesting. I felt like I wasn’t reading the story – I felt like I was in the story.
“High Country Hearts” is a work of genius. The more you know about romances, the more you’re going to love this book. (I actually had to wait two weeks to write this review because I was so jealous of the author -- for raising the bar so high -- that I didn’t think I could be nice to her.)
About the story:
The hero, Rob McGuire, and the heroine, Olivia Diaz, are at major turning points in their lives. Rob, a former much admired religion teacher,  had disgraced himself and is trying to redeem himself by taking the management job at a cabin resort. He is way over qualified for the job but the location is perfect for his needs.
Olivia is the ‘black sheep’ of her family. She's the young and irresponsible sister home again to try to run the family cabin resort after failing the first time. She really needs the job as manager.
That’s a lot of genuine conflict. However, Rob and Olivia have a past. She had a crush on him years ago as the perfect man. He proposed on bended knee in front of Olivia and many others to marry Olivia’s roommate in college!. It’s years later when they meet again at the cabin office. By the way, it is not a coincidence that Rob was offered the job. All motivation in this story stems from a firm foundation.
As the story progresses the conflicts multiply as does the strong attraction they feel towards each other. Olivia admires Rob so much that Rob just can’t bring himself to disclose his disgrace.  The conflict in this story is not a ‘one-trick’ pony. It’s a whole herd of mustangs.
I’m trying to tell you how good this book is without giving any of it away. So that’s it.
Just read it. And if you are a romance writer, be prepared to turn green. (But green’s good these days, right?)
“High Country Hearts” – The Feel Good Inspirational Romance of the Year!

If only she could love like God did. Yet how could she forget the hurt Wade had caused? How could she trust him when he’d tossed her away years before?

She rose and left the church. The rain was a mere shower now. As she popped up her umbrella, a smile sprang to her lips. Across the way a rainbow hugged the heavens, the sign of God’s promise to never flood the earth again.

As if God had planted the thought, she knew what to do.” (page 264 Kindle)
As always, Janet Dean writes in a crystal clear prose that I admire in itself. I’ve never read one sentence in any of her books, that I had to read twice in order to understand the meaning. In this respect I think Janet Dean puts words on paper (and on computer screens) better than anyone writing today.
“An Inconvenient Match” is not only a great inspirational romance -- it is also a work well worth reading. I think this is an important romance.
A Study in Conflict, Character Growth, Love, Redemption & Living Christian Values
Posted by Vince at 5:02 PM 2 comments: