“Red Kettle Christmas” is Everything a Classic Christmas Story Should Be… 5 Stars Plus! 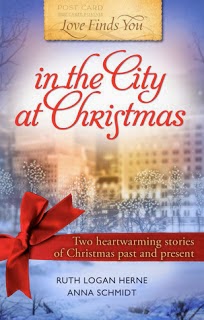 
The Best Christmas story I’ve Read Since “A Christmas Carol”…


Imagine it’s December 19th, 1843 and you’ve just bought a first day, first edition of Charles Dickens’ “A Christmas Carol”.  You open to the front piece and learn that it is a ‘ghost story’. Maybe you are surprised and feel that this will be something very different in Christmas stories. Even if you felt this at the time, you could not have known that you were about to read an ‘instant classic’ that for the next 170 years would never go out of print.


I do know I felt that way after reading “Red Kettle Christmas”.  Like, “A Christmas Carol,” this novella is different from all the other Christmas stories I’ve read before. This is not a book written to be a Christmas story. This is a classic story that takes place at Christmas time. This is another example of the author’s pioneering venture into ‘romance realism’ – a subgenre of romance in which serious topics are dealt with that traditional publishers almost always avoid. Her “Winter’s End” dealt with hospice, and “Try, Try, Again” with adultery, “Running on Empty” with pedophilia. These books have been critically acclaimed. “Running on Empty” is a runaway success.


“Red Kettle Christmas” deals with the shame and public ostracism that came with being an unwed mother in 1947.  Not only is the heroine an unwed mother, who was rejected and sent out into the world by her parents, she is also a nurse who works and lives in a Salvation Army hospital home for other unwed mothers.
This is not a typical romance theme nor is this a typical Christmas story. “Red Kettle Christmas” is a powerful trip back into the past. Today, in some communities, up to eighty percent of mothers are unwed. It’s the norm. But it was not so long ago when this was not the case. In 1947, when “Red Kettle Christmas” opens, the ‘greatest generation’ was coming back from the war and the world was in ruins. Mankind had never seen so much uncertainty as to the future. The atomic bomb made it possible for man to destroy life on earth. Many at this time saw unwed mothers as a sign of the final collapse of civilization itself. It was not the unwed mother herself who was the problem. No, the unwed mother was seen as the canary in the mine who signaled immediate danger ahead.


Like Dickens’ “A Christmas Carol”, “Red Kettle Christmas”  is of social significance. It is one thing to help a poor homeless person at Christmas. It is quite another thing to help someone who society highly disapproves of, someone who poses a risk to society itself, and someone who is thought to have brought this ‘evil’ upon herself because of her lack of morality. “Red Kettle Christmas” takes you back in time and gives you a Christmas story that has much of the gravitas that has made “A Christmas Carol”  a classic that the public loves and still reads today.


“Red Kettle Christmas” takes place in 1947 during the Thanksgiving and Christmas season. I was there at the time. Just has the heroine’s little child is held on the hero’s shoulders to get a better view of the Macy’s Thanksgiving Parade floats, so too, was I held on my father’s shoulders. Like the hero of the story, he too was just back from the war.


Everything described about New York City in this story is as I remember it. I remember the bakery smells and Yiddish phrases being spoken in the background.


I can also remember the unspeakable shame of being an unwed mother. All through high school in the 1950’s I never saw a pregnant student. Young girls would just disappear to live with relatives far away. Some young girls actually did get kicked out on the streets by their angry parents. They saw it as their failing as parents. And, yes, there were a fair share of shotgun weddings. In the play, “Mamma Mia”, the mother was not allowed to return home in the United States when her parents learned she had become pregnant in Greece. She just stayed in Greece.


The heroine allows others to believe that she is a war widow. This has her living a lie of omission. It also creates a terrible future confrontation with her child when the truth comes out. Add to this the stress and sorrows of actual war deaths in so many families and you have all the emotional impact needed for a powerful piece of literature. And that’s what “Red Kettle Christmas” is – a work of literature.


I’m sure that not many readers at the time thought of Dickens’ little paranormal Christmas novella as being literature but the elements were clearly there. It wasn’t like other Christmas stories. It had social significance. And it had one of the best happy endings ever. The same is true for “Red Kettle Christmas” – in fact, Herne’s story has a surprise combination of happy endings! While the happy ending is not as powerful as that found in “A Christmas Carol,”  no other story is either.

The second novella, “Manhattan Miracle,”  is actually a continuation of “Red Kettle Christmas” in the present. I was so happy to learn that the second story would kept the warm glow of “Red Kettle Christmas” going a little longer. I didn’t want to let go. I think everyone will enjoy Anna Schmidt’s novella. Together these two stories make a bundle of Christmas Joy that readers will find a “Cornucopia of Reading Enjoyment”!


The Best Christmas story I’ve Read Since “A Christmas Carol”…
Posted by Vince at 12:04 PM