Indie Publishing and the Thinning of the America Novel 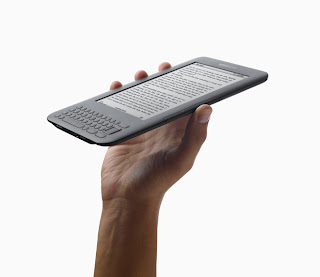 “Writing is work…”
“Writing is work but writing the indie book is fun. I write only to please myself. I don’t have to compromise my creativity to meet anyone else’s expectations. I write what I like and I laugh all the way to the bank.”


The above is a composite quote taken from actual internet blog comments. For this article I am going to assume that everything stated in the above quotation is true.


Indie publishing is great for authors. I have indie published myself in the past (and not just eBooks but also real estate manuals and correspondent courses.)  I also intend to publish many Indie eBooks in the near future. I would truly love to join those who are laughing all the way to the bank.


This post is not about authors making money. It is about the cost Indie publishing may extract on the art of writing. It is about the thinning of the American novel and where this may lead.
An Orchestra Where all the Musicians Play to Please Themselves
Imagine a conductor preparing an 88-piece orchestra to perform a great symphony. The conductor must make sure that all the sections of the orchestra play the piece well. If the strings are outstanding but the horns are below standard, the conductor will work on the horns until they get it right. It is the conductor who is responsible for the richness of the entire performance.  Individual musicians can chaff under the conductor’s interpretation of the musical piece. Some famous musicians will not perform with certain conductors.  So this is a real issue.


I believe that the traditional publishing editor is much like the conductor. The publishing house wants a fully developed story. They want a full orchestral performance from each title they publish. Every book is part of the publisher’s total product which is the brand name or name of the line being published. A complete line of books may be judged by any one of the books within that line. In short, the publisher wants a full ‘performance’ from each book. It is the editor’s job to see that that happens.


For example, after over ten years of reading Love Inspired romances, I have a very good idea of what I am going to get when I buy my next one.  In a sense, I am getting a fully orchestrated novel.


This completeness is often not the case with Indie books.  Part of the fun of writing indie books (and only having to please yourself) is not having to do the edits an editor often requires.


An editor may send an author, who is happy with her work, three pages of edits. Sometimes a major character may have to change from being a brother to being a close friend. Sometimes two characters have to be merged into one. Sometimes up to 20% of the words have to be cut. All this can require major rewrites and months of extra work. (And authors are not paid for all this extra work. I had one book where the revisions took just as long to write than the book itself took!)


A Look at annoying edits


Editors can require revisions for many reasons: lack of character development,  slow story movement, lack of physical descriptions, loose ends, dialogue of characters may sound too much alike, head-hopping, POV changes that can confuse the reader, too much dialogue, too much telling without compensating facts to make the story seem real, similar character names that make it hard for readers to remember who is who, scenes readers really look forward to not being included because they are too difficult to write or write with any originality, and the list goes on and on.


The editor is looking at all the sections of a novel. The performance has to be rich, well rounded, and up to house standards.


The Joy of Indie Publishing Is Telling Editors to Shove all their revisions!


The joy of being an Indie author is just saying no! "I’m not making all those revisions. This book pleases me just the way it is.  I’m only going to make the revisions I believe are necessary. Besides, if I don’t waste time on these ‘stylistic’ revisions, I can write more books and make more money."


The real problem here is not that these indie books are bad. Readers may like them just fine.  How will these readers ever know what is missing? How will they know how much better the stories would have been if enriching edits had been made? If they don't know what they are missing, they are less likely to miss it.


It’s like the pizza problem that I’ve witness several times already. A new pizza place opens and it offers the best pizza many people have ever tasted. The word-of-mouth advertising is fantastic. The place is crowded. Then in a few months, the quality drops. Those great but expensive ingredients are gone. Average substitutes take their place and the pizza is now much like everyone else’s.


Average pizzas are the rule, not the exception.  The best ingredients cost a lot more and besides, many people have never had the real thing.  They think the average is very good.


Think of the conductor we started this post with: suppose when he was having problems with the percussion section, he just cut them out of the of the orchestra. If the horns were also giving him trouble, perhaps he just cuts them out as well. When this conductor is finished he still likes the sound of the ensemble. Indeed, much of the public may also like the resulting sound.


While the sound may be very pleasing, it now comes from a thinner orchestra. Of course, there is really nothing wrong with a four piece chamber music ensemble. Nothing wrong except it is not an orchestra. The product is different.


So, then, what’s the problem? The public likes these indie books. The authors may laugh all the way to the bank. Persnickety editors can be told what they can do with their revisions. And besides no one is forced to buy or read any of these books anyway. It’s all harmless and wonderful. Free choice in a free economy.


All this may be wonderful except the novel is getting thinner. Parts are missing. The richness is fading. Perhaps a reader won’t notice this at first. Maybe it won’t be noticed until a reader reads a traditional full-bodied novel right after reading a thin one. That’s how I’ve been noticing this happen.


I’ve read well written, typo-free, indie novels where all seemed well except it seemed something was wrong. Something was missing. I’ve noticed extreme lack of story movement. Books mostly of dialogue. Characters so vaguely described that I could form no mental image of what they looked like. Stories that just seem to end because the word count was reached. Stories with lots of loose ends.


While I noticed these things, I’m not sure many other readers will. Novels may become like low grade pizzas. It’s all people know. These pizzas are not bad. They are edible. So what’s the big deal?


The old style traditional writing with full ‘orchestral’ richness may become like classical music is today requiring a special audience which has been educated on how to enjoy its complexity and beauty.


And yet some Indie books will undoubtedly be better books than some traditionally published books. Some indie authors will be just as exacting as professional editors. A few authors may even be far better editors than those they had to deal with at publishing houses. But all is not well. There will inevitably be a thinning of the American novel.