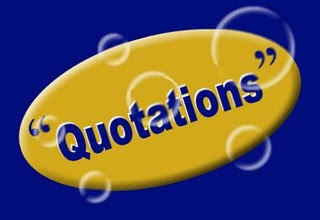 (1) Writers don’t know any more than anyone else but because some people think they do, some writers also think they do.
P. G. Wodehouse or Vince Mooney

(3) Reading writing books is like reading diet books. You can make yourself think you’re doing something useful while at the same time you know you are not doing what you should be doing.
Carrie Fisher or Vince Mooney

(4) A story is told as much by silence as by speech.
Susan Griffin or Vince Mooney

(5) Some writers use urgency like it was an ice cream cone about to melt. It makes you eat faster but it doesn’t make it any more enjoyable.
Robert Parker or Vince Mooney

(6) People have forgotten how to tell a story. Stories don’t have a middle or an end anymore. They usually have a beginning that never stops beginning.
Steven Spielberg or Vince Mooney

(7) Writers are not writing books. They are creating value.
Adam Smith or Vince Mooney

(8) Poetry is nearer to vital truth than history.
Plato or Vince Mooney

(9) If writers were rewarded for effort some of the worse writers would be making the most money. In fact, some of them are.
Edmond Wilson or Vince Mooney

(14) I treat words like dominoes with each positioned exactly to fall on the next without a miss for the entire book.
Lilian Jackson Braun or Vince Mooney

(15) A writer’s brain is like a magician’s hat. If you’re going to get anything out of it, you have to put something in it first.
Louis L’Amour or Vince Mooney