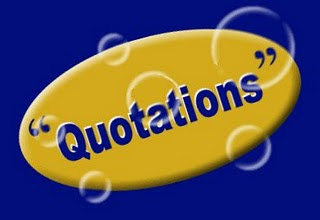 Who Wrote These Quotes: Me or Someone Famous?
(1) Writing experts say there are no new plots. So? There are no new musical notes and no new letters in the alphabet. Creativity thrives on limitations.
Stephen Spielberg or Vince Mooney

(2) It took me fifteen years to discover I had no talent for writing, but I couldn't give it up because by that time I was too famous.
Robert Benchley or Vince Mooney

(3) Every author in some way portrays himself in his works, even if it be against his will.
Goethe or Vince Mooney

(4) Talent will only get a writer just so far; yea, like the last little distance over the finish line.
Fred Allen or Vince Mooney

(5) Trying to hear a writer’s voice is like expecting an echo to speak first.
Nora Roberts or Vince Mooney

(7) The elephant in the room with every writers group is talent.
Linda Howard or Vince Mooney

(8) Writing books, like anatomy books, can tell you where everything goes but they can never breathe life into their subjects.
A. J. Cronin or Vince Mooney

(11) Writing like life is not reducible to rules.
Barbara Samuels or Vince Mooney

(12) We are all apprentices in a craft where no one ever becomes a master.
Ernest Hemingway or Vince Mooney

(13) My words don’t have magic in them; they don’t even have words in them. Everything comes out of the mind of the reader.
Mary Renault or Vince Mooney

(14) The reason why so few good books are written is that so few people who can write know anything.
Walter Bagehot or Vince Mooney

(15) If there is a special Hell for writers it would be in the forced contemplation of their own works.
John Dos Passos or Vince Mooney