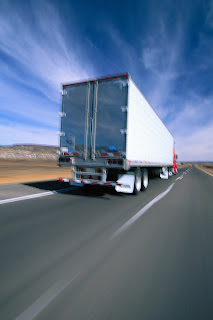 A Book Trailer is not a 'Back of the Book' Blurb!
For many years television saw itself as radio with pictures. Eventually, however, it realized it was its own special medium with opportunities and rules that were independent of radio.  A great question that should have been asked at the dawn of television is: “What would television by like if radio never existed?”
Today that question could be asked of book trailers in this way: “What would trailers be like if writers never heard of ‘elevator’ pitches, book blurbs and synopsis?”
Book trailers today seem to have learned nothing from a hundred years of movie coming attractions. Just imagine a movie coming attraction, also called a trailer, that showed a woman, then a man, then a castle, then a rose, then a sunset with the copy something like: "She faced a forced marriage to a man she hated. The man she always loved is from a warring clan. Time is running out and so is her hope of ever finding happiness. Will love triumph? "
The movie viewer would look at this and think: “I don’t want to know the plot line. I want to seen scenes from the movie to see if it is worth watching. Show me your best stuff.”
Book trailers need to do the same thing: show the best stuff. Show pictures and read quotes from the most enticing parts of the book. Let the quality of the book shine through. Let the reader think, “I’d like to read something this well written.”  Style and voice count in writing. Show this. Let the reader experience it in the trailer.
I know this would be very hard to do. The writer of the trailer would need to read the book and also be a good judge of quality writing. However, in this very competitive world, the fact that something is very hard to accomplish, is no reason not to do it.  Writers could highlight parts of their books, as they are writing them, which they feel would make the best impact on readers.
If the trailer is not going to be shown on television, then there is no reason to keep it at just thirty seconds. If the book actually has two and a half minutes of high quality and enticing quotes, then two and a half minutes should be used. Direct marketers know that some sales require more time and effort to close. That’s why they most often favor print media which allows for enough words to close the most sales on a cost effective basis.
A trailer is not a ‘back of the book’ blurb. To think that it is, is to miss the full potential a trailer could provide.