“Season of Joy” May Be The Best Debut Romance of the Year! RT 4 ½ Stars! 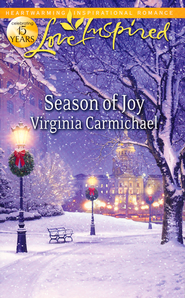 "Season of Joy" Offers All the Good Feelings of a Romance with the Power of a Realistic Mainstream Best Seller!