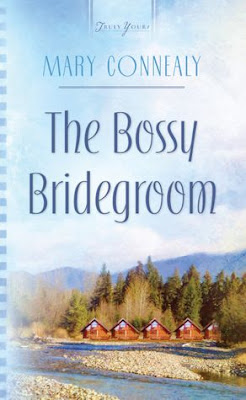 "Do people change with Christian conversion?"

The husband and wife in the book changed but there was always a constant pull to revert back to type. In this case both the husband and wife had abusive fathers. Abuse was the norm in their families. This makes permanent change in their relationship very difficult.
"Why do people stay in a relationship like this?" I think pop-psychology might suggest that the wife is just a pathetic ‘dish-rag’ who is too wimpy to stand up for herself. “The Bossy Bridegroom” is not pop-psychology. What you see in the book is the dynamics of a real relationship. The abusive situation is like scratching an itch. At first it brings relief and is pleasurable. However, the scratching soon becomes painful. An open wound can result thus allowing an infection to poison the whole body.
The wife likes the pleasurable part and has to fight the temptation of falling victim to its temptation. The husband likes the power he enjoys but also wants and prays that his wife will fight back…will help him by standing up for herself. This is not just because of his Christian beliefs. Psychologically the husband has grown to love and respect his 'new' wife -- much more now that she has become more independent. He now sees her as more beautiful than when she once wore more makeup just to please him.

At this point in the story the husband views his wife as someone of great value – if only she would use her ‘bat’ quicker and more often. The husband is trying to change but it is as if the force of gravity keeps pulling him back to type. He needs the help of his wife -- just as she needs his help to keep the relationship on track. This is not easy. It takes constant effort. And it takes more than prayers.
"Does the story have logical integrity?" Absolutely. I didn’t think it would. I thought the 'pull' of a happy romantic ending, on a romance writer, would overcome the logical ending dictated by the course of events. It didn’t. "The Bossy Bridegroom" has the ending events needed it to have.
“The Bossy Bridegroom” – Life on a Knife edge – A Total Thriller!
This is one of the most thrilling, or more accurately, nerve wracking, books I’ve read in a long time. The deeper the reader gets into the book and the more she develops an understanding of the characters, the more intense the reading experience becomes. At every point in the narrative the entire enterprise could fail. The situation is so tightly balanced that any unwanted nudge from any direction will lead to destruction. Any misstep by the husband, wife, outside person, or even an unrelated event could tip this delicate balance and the struggling relationship will be killed.


A Serious Book Deserves a Serious Reader
I think by now you'll know whether you want to read “The Bossy Bridegroom” or not. I loved the book. I gave it my highest recommendation. However, I must say: it does not have the most apropos title, cover art, or publisher. To be fair, if I were the publisher, I would not want to let a book this good go to another house. However, I’d perfer to see a title like, “Surviving the Battle”, and artwork that suggests a more mainstream novel dealing with emotional stress.
“The Bossy Bridegroom” – 5-Star, Highest Recommendation, Serious Christian Fiction!
Posted by Vince at 5:47 PM