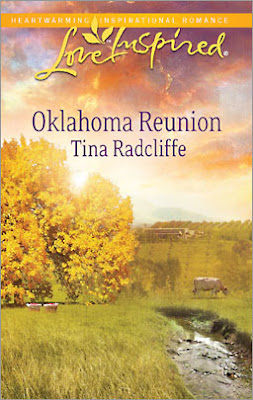 
“The great masters make the difficult look easy.”
“Oklahoma Reunion” is easy to read, easy to like and hard to put down! Everything reads so naturally that the story just seems to happen before your eyes. The romance between Ryan and Kait appears as wistfully as if it was always there to be seen.

It’ s like Looking Out Your Window!
The story takes place in and near Tulsa where I’ve lived since 1971. I know Tulsa and I can verify that the characters in "Oklahoma Reunion" act and talk like the people I know. Ryan and Kait even dine at the same restaurants that I frequent. (Reading this romance might make you hungry.) The street views, the weather and the vegetation are just as I experience them everyday. Everything is so familiar it's almost like not reading at all.  It's like having a friend in your home.

"Oklahoma Reunion" is a very rich story. The naturalness of the narrative is found in much more than simply getting the location accurate. The characters act as I would expect real people in the real world to act but not necessarily as I am used to seeing characters in a 'hidden child' romance behave.

‘Hidden Child’ with a Difference

While “Oklahoma Reunion” features a 'hidden child' theme romance, it’s unlike all the others I’ve read. For example, the hero, Ryan Jones, reacts just as I would react if I learned I had an 8 year old daughter. There are none of the fireworks, histrionics or recriminations that are so common to this particular romance theme. This is an inspirational romance and you can tell the difference. It's in the authenticity.

Faith in Action: An Inspiration

Ryan is a mature individual who acts thoughtfully. He is a Christian who lives his faith. The heroine, Kait Field, is also a very sympathetic person of faith.  Kait has been wronged in the past but she has also done wrong to Ryan. Both Ryan and Kait have been tempered by their experiences and behave accordingly.

The characters in “Oklahoma Reunion” are interesting, worthy, and exceptional. Each has enough depth to act naturally, that is, to act as real people would act and not as one would expect stereotypical ‘hidden child’ theme characters to act. If you are an experienced romance reader, you will notice the difference right away.

Ryan has always loved Kait and the fact of their daughter, Jenna, doesn’t change that reality. Kait has also never stopped loving Ryan. So here you have it: Kait loves Ryan. Ryan loves Kait. They have a daughter in common that they both love. So how much conflict could there really be here?


So What Makes “Oklahoma Reunion” Such a Page-Turner?

The story is so compelling because of its freshness. The characters are interesting and they do interesting things. You care about all the characters and want to learn what happens next. There is always something you want to know coming up on the next page. You have to wonder:

“Why did this person show up at the door at this time?”

“What's the hero’s mother going to do when she meets her granddaughter?”

There are also very strong secondary characters, like Molly and Ryan's great grandfather, who give very good wisdon-like advice.

The Story:
Kait Field and Ryan Jones were an item in high school. Kait won a four-year scholarship to OSU. Ryan wanted to go to the OSU veternairan school. Everything was going fine. However,  Ryan’s parents were against the marriage and they paid Kait off to move out of town. Kait was pregnant at the time and Ryan didn't know this. He was not told he had a daughter.

Eight years later, Kait comes back to Oklahoma from her new home in Philadelphia to sell her father’s house soon after the father’s death. Since she will be taking care of years of  'loose ends', she decides to tell Ryan about his daughter while she is in Oklahoma.

What happens after Ryan finds out about his daughter? That's quite a story. A story that is sure to make you feel good right to the last page. It's a natural.