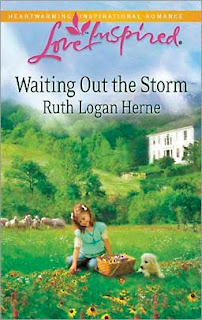 Waiting out the Storm

The author’s first book, “Winter’s End”, was so good (see review ) I just couldn’t wait to read her second book. So the first thing I did Tuesday morning was download “Waiting Out the Storm”. This was the first opportunity the public had to get a copy. (The official release date to stores is July 1, 2010). I must admit, I was a little worried about the ‘Sophomore Jinx’ – since the author is a famous baseball fan -- and since I didn’t think it was possible to write a better book than “Winter’s End”. I kept thinking about poor Leoncavallo of whom the critics wrote: “What can you do after you’ve penned a Pagliacci?

“Waiting out the Storm” is the first book (over 200 pages long) that I can remember ever reading in one sitting. After careful consideration, I have come to the conclusion that Ruth Logan Herne has written two books that it’s not possible to write a better book than. You might ask: “which of the two books is better?” Well, deciding that would be like seeing Derek Jeter hitting two grand slam home runs in the same game – one to right field and one to left field – and then trying to decide which one was better. Fans will be very happy with either one. Romance fans will love both books! 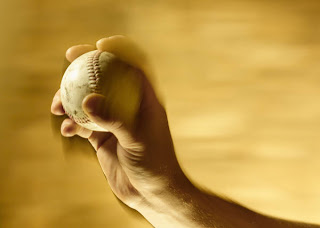 Speaking of Derek Jeter, if the author were a major league pitcher, I’m sure she could strike out the Yankee shortstop with her wicket change-up. In fact, if I had to describe RLH’s ‘voice’, I’d say it’s romantically ornery. It’s almost as if she’s taken conventional romance writing wisdom and turned it on its head --just to annoy people who think they know what is going to happen next. There’s one part in the book, for example, where I am all psyched-up for a big conflict scene but there is no conflict. Then out of nowhere comes a big conflict scene. But that’s the least of it! 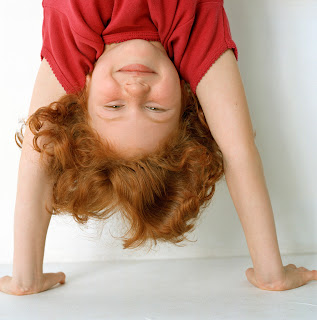 An Upside Down World

I believe on close inspection that “Waiting Out the Storm” playfully plays havoc with conventional romance writing wisdom. Just consider:

Conventional wisdom: the hero and heroine are supposed to have major character flaws in order to make them believable. No they don’t. Characters can be made believable by making them believable. It’s just harder to do this without a major character flaw. If Sarah Slocum, the heroine, has a character flaw it would be an excess of virtue. While she has been wronged by her family and by her community, she forgives and lives a worthy life helping others who are in need. Sarah is one of the most sympathetic and worthy heroines I’ve ever encountered in the romance genre. Sarah is also one of the most believable. How do you make a virtuous character believable? Put her in a realistic farm setting, show her wearing male work clothes, allow no make up, give her a ponytail with hair smelling of ‘Meadow Romance’ shampoo, and finish the picture off with barn boots covered in sheep dung. There is nothing unreal about Sarah Slocum.

The hero, Craig Macklin, is a farm veterinarian. He does not like sheep so he lets his partner take care of that side of their practice. He also doesn’t like the heroine’s family for good reason. He’s a worthy man who doesn’t have a major character flaw either. What flaws he has, he admits and works to correct.

Conventional wisdom: always be increasing conflict and tension as the story progresses or else the reader will lose interest. Except for a plot-driven, super-suspense novel, with nothing else going for it except the suspense, this ‘wisdom’ is not true. The way to keep a reader reading is to keep the story interesting with well written emotional events. “Waiting Out the Storm” has interesting emotional events coming one after the other -- from the most serious to the most joyous -- with many more emotional experiences coming in between. The way to have so many disparate emotional scenes is to make maximum use of secondary characters and to carefully plot each scene. In both “Waiting Out the Storm” and “Winter’s End”, the secondary characters fulfill this essential role.

Conventional wisdom: a romance needs a ‘black moment’ towards the end where all seems lost. This is OK but what happens when the hero won’t recognize the ‘black moment’? What if he is so smitten that he just assumes ‘the heroine doesn’t mean it’? Well then you get either no ‘black moment’ or forty pages of ‘black moments’ as the heroine tries to drive the hero away. I think this is just ornery to do to a reader but it sure makes for interesting reading. 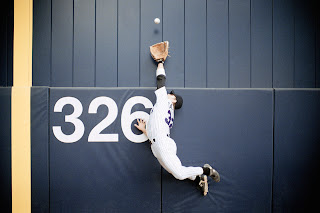 What’s the difference between a four star book and a five star book? Both are very good stories but the five star book also surprises, dazzles and delights the reader. “Waiting Out the Storm” is full of surprises that will delight the reader – especially the end! But there's also a good share of dazzle (even hot-dogging?)

“Waiting Out the Storm” is an inspirational novel. As such, I expected to read some bible quotes, in italic, which were apropos to the story line and were followed by book and verse citations. Not quite. The heroine raises sheep and is a shepherdess. The sheep at one point are in danger and the hero, a veterinarian, is rushing to the scene to render aid. (He feels guilt for the times he wrongfully snubbed the heroine in the past.)

“Feed my lambs.” The Lord’s admonition to Simon Peter came to him. “Take care of my sheep.”

Three times Christ instructed a reinstated Peter to guard the flock, feed the sheep. The meaning was clear, Peter, forgiven for his lapse of strength and faith as Christ was beaten and scourged, was now given the command to guide the infant Church.

“God, I’ve got to tend these sheep now. Minister to them. I need to use my skills to save the work of Sarah’s hands when I’d rather be with her. Keep watch on her, Father. Ease her pain, her suffering. Give her the gift of peaceful sleep; time for her body to heal. Take care of her.”

Gone were any notions that God might be too buys to handle a personal entreaty. Craig’s prayer was one-on-one, a direct line to Heaven.” (page 129)

Here we see a bible quote that is literally true, figuratively true and scripturally true. It’s like an unassisted triple play. If you are into writing at all you have to love this! The whole of “Waiting Out the Storm” is as rich in enjoyable writing gems as the soil is rich in nutrients in the North Country. 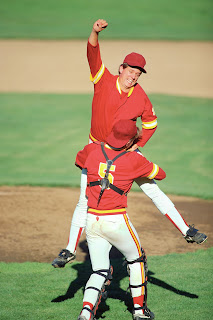 “Waiting Out the Storm” is a Happy Book!

While “Winter’s End” was a three Kleenex box affair, “Waiting Out the Storm” is a happy story. It's like winning the big game! BTW: Sarah Slocum is my choice for heroine of the year! It is impossible not to love this heroine!


“Waiting Out the Storm” – Highest Recommendation!
Posted by Vince at 11:54 AM