Best Conflict! A Heartwarming Romance You Can Believe In! 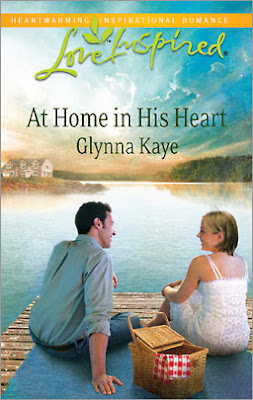 Bryce Harding, the hero in this story, did his best to talk his best friend, Keith, out of marrying, Sandi Bradshaw, the heroine. Sandi knows he did this and she is very upset that Bryce’s interference delayed the marriage by months. This is important because Keith was soon killed in the war. Sandi would have liked more time with him; time she didn't get because of those missing months Bryce’s interference denied them. In their short marriage Keith and Sandi did manage to have a daughter, Gina.
Bryce knew that Sandi was way too bossy for any man to live with…and she was! But Keith loved Sandi and took her bossiness as a challenge. It didn’t bother him.  Bryce has a well earned bad reputation for his past actions but he has recently found the Lord and is a changed man.

When Bryce’s grandma, Mae, becomes disabled and can’t live alone, Bryce leaves the Army and moves in with her in Canyon Springs where Sandi still lives. Bryce is a big bear of a man with a bread and rugged ways. He makes me think of Bryce Canyon.
Of course, Bryce and Sandi are at odds but Bryce is her landlord and they have to interact. This leads to lots of sparks because the conflict is so real and well founded. Both Sandi and Bryce are flawed and both have good reasons to dislike the other. Bringing these two together is a real challenge and a joy to read.

“At Home in His Heart” is the third book in the "Canyon Springs" Series with at least one more book to come. The location is beautiful, the people interesting, and the story situations highly original. The series already has its share of awards and commendations.  “At Home in His Heart” -- and the whole series of books -- have earned my highest recommendation.

Read the Review of Book 1: “Dreaming of Home” – A Book So Good the Review Predicted it would be an Award Winner!