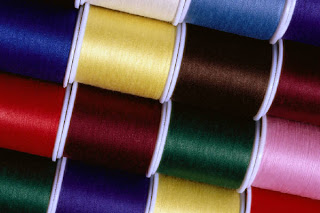 Coming Up With 100 Plus Ideas in A Couple of Hours!


The professional creative person will first come up with ‘threads’ to exploit and not the end items. It helps to have these thread items created first because as soon as one thread stops producing ideas, you can immediately switch to another thread. If you do this well, you can usually come up with one idea a minute. You also avoid down time when no more ideas come from a dry thread.

For example: consider the “Ways to Show Your Hero and Heroine Falling in Love”

The physical. What does your body tell you or show you. Do you feel differently and how? These should be new experiences not felt with other girlfriends.

The psychological. What is your mind telling you? . Are you daydreaming about the person in a way you have not with other women. Again first time experiences are the best.

The economical. What does this mean in terms of money. For first time hero wonders if it is true that ‘two can live as cheaply as one.” (What if a wife makes more money than the man? Could I live with that?)

The spiritual. What this means from the point of view of your religious or metaphysical belief system. This works best when it is the first time the hero has considered these issues with relation to a woman. (He is doing this without thinking in terms of marriage, yet. He often concludes with, “Why should I care anyway?”)

The pragmatic. How do married people decide on food and spending, and household chores? This works best when it is the first time the hero has considered these issues.

The metaphysical. What would it be like to ‘loose my freedom’. Could I actually be happy in a committed relationship? How much of your true self can you give up in a relationship and still be who you are: an authentic person. This works best when it is the first time the hero has considered these issues.

The behavioral. Ways the hero acts differently than he did in the past. This is best if he does these things without thinking about them and then when he notices them, he chides himself. (He starts wearing a watch all of a sudden. She does not like it when people are late.) Show, show, show.

The female: how a woman would view all the other threads listed here differently than a man would. (This will give you a whole new set of ideas to squeeze more ideas out of the other threads.)

The male: how a man would view all the other threads listed here differently than a woman would. (This will give you a whole new set of ideas.)

The young: how would a young person view all the other threads listed here differently than an older person would. (This will give you a whole new set of ideas.)

The senior; how would an older person view all the other threads listed here differently than a young person would. Would the older person feel ‘nostalgia’ at the first sight of a heroine rather than a spark of lust? (Look at things thorough many different eyes.)

The skeptical: How do I know this is the real thing? Show doubts in the various actions the hero or heroine takes. (Yes this can also be physiological but it is a more refined thread and can lead to new ideas once you thought that tread has run dry.) The hero plans to buy tickets to a show that will really please the heroine but on the way to buy them he has second thoughts: “Why am I doing this?” and decides not to buy them. This is a strong case of showing an inner turmoil.

The professional: how will this alter my career plans? What kind of woman would just up and move to Santa Fe, if I got that promotion I dream about? Hero never considered this before. He’d move and that is it.

The Educational: should I take more college classes or go to on to get an advanced degree? Why? Heroine has masters and he does not. Always think of showing.

The Seasonal: How would these threads differ by season. “How would the heroine fit in or react to my big family’s Thanksgiving dinner? Hero has never worried about this before with other women he has dated.

Actually these are just a few threads. I could think of many more but I have enough ideas on this question already. You can see that if you get your threads in place first, you can come up with many ideas very quickly and avoid down time when the creative well runs dry on a given thread. I feel 100 ideas are always doable if you start with sufficient threads.

Like many skills, the more you practice, the better you get. Why not give it a try.

106 Ways To Show Your Hero & Heroine Falling in Love

Also See: 100 Ways to Show Character Growth in Your Romance


These 106 ways of showing your hero and heroine's attraction for each other also includes many reasons why your hero is falling in love with your heroine and vice versa.


My special thanks to Michelle Douglas for posing these questions.

Hero/heroine are falling in love:

Also See: 100 Ways to Show Character Growth in Your Romance

My First Amish Romance – But Is It Really About the Amish? 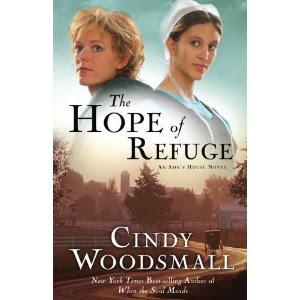 The Author Has Never Read an Amish Romance!

Best Opening Pages -- Impossible Not to be Hooked!

After reading a few pages of “The Hope of Refuge” I was hooked. As these these pages and the next two chapters were not yet about the Amish, it became very clear to me that Cindy Woodsmall is an extraordinarily talented author. I would compare Cindy Woodsmall's quality of writing to that of Linda Howard. After reading all of "The Hope of Refuge", I was delighted with the story. It is clearly a 5-star book. But here’s the rub: I’m am not that interested in the Amish. I would have liked the book just as much if instead of an Amish community, the story featured a community of Navajos in New Mexico or even communities of vampires or werewolves.

I would call “The Hope of Refuge” an “Ugly Duckling” theme romance. In this theme the outsider, usually the heroine, is considered an ugly duckling (often by herself) and discovers that she is actually a beautiful swan within the swan community (Amish, Vampire, or Harry Potter Wizards). This ‘Outsider” finding a home and acceptance is a very powerful theme because many people feel alienated at various times in their lives. (Especially young people.)

A 5-Star Story No Matter How You Look at it!

Even if you are not interested in the Amish, you can still enjoy reading this book because the story is excellent. The heroine is a widow with a young daughter who is being stalked by an evil man who might even kill her and her daughter. She runs away with her daughter with no preparation taking a bus as far as her money can take her. She winds up in an area with Amish families. Her mother fled this same community when the heroine was a little girl. The story is about how the heroine and daughter find refuge in the Amish community and how she actually has her roots in that same community.

It's About the Talent -- Not the Amish!

"The Hope of Refuge" is a heartwarming, wonderful story. Yet I think it is a universal story of an outsider being accepted in a new group and finding happiness therein. I also think the author should try writing a mainstream theme novel ala Linda Howard and Nora Roberts. I think she would also be a mainstream best selling author.

Read the book and see if you agree.

Vince
Posted by Vince at 2:01 PM No comments:

Single Father: Wife and Mother Wanted is Just Too Good to be a Debut Novel!

But then, Sharon Archer’s Second Book, “Marriage Reunited: Baby on the Way” Won Book of the Year in Australia!


I enjoy reading debut novels. I’m always looking for new authors to enjoy. “Single Father: Wife and Mother Wanted”, however, didn’t read like a first novel. The writing style is fresh, characters engaging and the plot is particularly interesting.

The story opens with a bang! There’s an accident requiring a doctor and a veterinarian. The hero, GP, Matt Gardiner, is the doctor. The heroine, Caitlin Butler-Brown, is the vet. This makes for an exciting first meeting. The heroine sounds like she is from Ireland but she is really from the local area. Her dilemma: she has secrets she must reveal but which she fears to deliver.

Since “Single Father: Wife and Mother Wanted” is a sweet romance, there are only a few kisses. Yet the passages where the hero and heroine fantasize about making love to each other are as passionate as the actual love scenes would be. I’d love to see the author also write for the “Short and Sexy” category as well.

The story takes place in Garrangay, Australia. Dr. Matt Gardiner lives with his foster mother and has a young son. His ex-wife is a self-centered, career woman, who wanted a career more than she wanted a husband or being a mother.

The heroine, Caitlin Butler-Brown, has a career centered mother who put her in a boarding school to get her out of the way. Caitlin’s mother and Matt’s ex-wife are two of a kind.

Caitlin has come to town the reveal a secret to a long lost relative. It is both bad news and good news. Caitlin sees only the bad news part and can’t bring herself to find the right time to reveal the secret. This situation creates both the strongest part of the plot and also the weakest. I personally would be eager to reveal this particular secret. So the plot didn’t work very well with me in this important respect. However, it might work well with other readers who think the way the author does. You have to read it and judge for yourself.

In any event, everything else about Single Father: Wife and Mother Wanted is 5-star quality. Sharon Archer shows great promise and is already an award winner. (I just wish the secret in the book would have had something to do with DNA and wanting to learn if you had an early death from a debilitating disease in your future.)


Outstanding Debut Novel! A Great Writing Future Ahead!
Posted by Vince at 5:20 PM No comments: