Philosophical Answers to Theological Questions that Come up in Inspirational Romances: 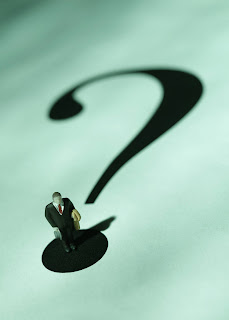 #1 “Why Do Bad Things Happen to Good People” – The problem of justice.

If God is all powerful, all knowing, all good, all just, and all merciful, then why would He knowingly allow bad things to happen to good people? After all, God knows these bad things are going to happen and he could easily prevent them.

A human parent who allowed a child to play in the street knowing the child would be hit by an automobile would be condemned and prosecuted by the law. Why does God get a pass? Shouldn’t God, the Father, perform at a higher standard than John Doe, a human father?

These are difficult questions that go to the very heart of the definition of God. These questions raise such powerful doubts that most people do not even want to consider them.

Now I think we can all agree that a romance novel is not the place to analyze deep philosophical questions about the nature of God; especially questions that have perplexed philosophers and theologians for centuries. I also think that it is almost always the case that when a romance author raises the ‘Problem of Justice’, the answer will always be the safest and most generally accepted position.

The purpose of this post, and all the posts in my “Philosophical Answers” series, is to give romance writers a more detailed set of answers so they can better understand the complexities involved and the anguish of the person who sincerely wrestles with these problems.

It is my hope that by providing a more expanded view of these questions, writers will, at least, attempt to provide a more inclusive set of solutions. I know that this may not be possible; however, just as a character’s back story may never get explicitly stated in a given novel, it’s still important for the author to understand the character’s unstated motivations. Such an understanding can help the author develop a ‘deep POV’ and help the author select the best story solution to her character's “Problem of Justice”.

There are many ways that individuals answer the “Problem of Justice”. The author should know how her character explains the problem because this will determine the suitability of the author’s solution that acts to return the character to an acceptance and belief in God.

EXAMPLE PROBLEM IN AN INSPIRATIONAL ROMANCE:

John Doe is mad at God because his wife and child were killed by a drunk driver who was not even injured. He has not talked to God in years. The heroine wants to bring him back to the church. How does she do this and what arguments or actions on the part of the heroine should the author put forward?


Traditional Answers to Why Bad Things Happen to Good People?

1. The people were not really good. (We just thought they were good.)

2. The things were not really bad. (What we thought were bad things were actually blessings in disguise.)

3. God doesn’t let things happen; He created the world and since that time things have evolved on their own based on the laws of physics and the consequences of man exercising his freewill. (God is now staying out of the world).

4. Same answer as #3 above except that God does not stay out of the world. Sometimes He works miracles and answers prayers. (For the most part however God stays out of the day to day operation of the world.)

5. There is no God. (This solves the ‘Problem of Justice’ – but it is not the answer most people want.)

6. God is indifferent. He does not care what happens to man. Man is only an insignificant speck in the universe. (This just creates another problem: why is a good God indifferent?)

7. God is evil. He has no problem with bad things happening to good people. In fact, He might enjoy it. (This turns God into the Devil and is an answer almost no one would support.)

8. Freewill. In order for man to have genuine freewill, God must allow bad things to happen to both good and bad people alike; however, since there is an afterlife, everything will balance out and be made ‘just’ in the next life. (This is a very popular answer because it justifies the existence of Heaven and Hell; however, it just turns the ‘Problem of Justice’ into the ‘Problem of Freewill’.)

9. God is just ‘testing’ man as He tested Job in the Bible. (This answer is somewhat popular but changes the question to: “Why would a good God do this? Was God testing the Jews with the Holocaust?)

10. Value in Belief. What virtue or merit would there be in being a faithful religious person, if only good things ever happened to good people? (Blessed are those of have not seen but still believe. Some like this answer while others find it unsatisfactory.)

11. God is good but He is not all powerful. There is an evil force in the world that occupies God’s attention. (Usually the devil. Compare: Manachism a widely held belief in the time of St. Augustine. This answer is not popular because it limits God’s power.)

12. God is good but he is not all powerful, however, there is no independent evil force in the world. God just lacks the power to fix everything all the time but He does get to what he can. (This answers the “Problem of Justice” and also explains miracles but most believers do not like the idea that God has any limitation on His powers.)

13. That’s something we will never know because God’s ways are not man’s ways. Answering the “Problem of Justice” to a human would be like trying to explain quantum mechanics to a mouse. (This is an argument from ignorance. We are not smart enough to understand the answer. Just believe and don’t think about it. This is surely an answer to the problem but not one many feel comfortable embracing.)

14. Karma. The belief that today’s bad things are the result of actions taken in a past life. (This is not a Christian belief but it is a very widely held belief worldwide. It is not really an answer because the question can still be asked: “Why was the first bad thing allowed to happen?”)

15. Third Party Punishment. Bad things happened to good people in order to punish other bad people. For example, the unfaithful husband who is in a car wreck which kills his innocent wife and infant son. The bad husband is being punished for his bad actions. This person has to deal with his guilt for the rest of his life. (This is not very ‘just’ to the innocent wife and child.)

16. Universe is spinning out of control and God is doing his best to get it back in order. (This has the same problem of limiting God’s power and that is not acceptable to most believers.)

HOW TO USE THIS INFORMATION:

If an author has a character who is mad at God because of a bad thing that happened to him, then understanding how that character sees God’s actions will determine the type of solution that will bring him back to God by the end of the novel.

If the author can understand the depth of the character’s agony, she will be in a better position to deal authentically with that character and more likely to answer the character’s doubts without using a cliché like: “All things happen for the best” or “God’s ways are not our ways. You just have to believe.”

Is it easy to provide a more authentic solution? No, in fact, an author may not be able to do it in a romance and still get the romance published.

A LAST QUESTION FOR AUTHORS:

Next Philosophical Problem that often occurs in Inspirational Romance Novels:

How Do I know What God’s Plan for me really is?
Posted by Vince at 2:27 PM