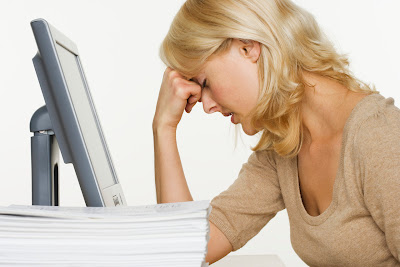 And the difference this makes for Romance Writers.

Sometimes the difference between direct and indirect vicarious experiences can lead to unexpected results. While there is little opportunity for confusion in telling the reader that a character is angry or ‘left the room angrily’ there can be a misunderstanding when the author is trying to 'show' that anger. For example, suppose a character leaves a meeting room, goes outside, sees a soccer ball and kicks it across the street into a park. One reader might experience this as anger while another reader may feel enthusiasm or joy. This example shows the immediate aspect of a direct vicarious experience. (It is immediate because the reader feels it directly and not through the character.)

Besides the difference between ‘showing’ and ‘telling’, there is also an important POV difference between direct and indirect vicarious experiences. This difference is most pronounced in love scenes. If the author uses a female POV during a love scene, then this will produce an indirect vicarious experience for the female reader. That is, the experience will be clearly the heroine’s and not the reader's. The reader is in effect being told how the heroine is reacting to the hero.

This same female POV, however, produces a direct vicarious experience for the male reader. He experiences directly what is happening to the heroine which he can assume he is causing. He has identified with the hero. The feeling is vicarious but it is directly vicarious because the reader is not being told what the hero is feeling. While this is very satisfying for the male reader, it amounts to 'telling' for the female reader. The female reader is being told what the heroine is feeling.

Traditionally, it’s thought that male eroticism is more direct, more mechanical, more likely to use four letter words and more likely to treat the female as an object for his enjoyment. Female eroticism is traditionally considered to be more gentle, more poetic, less direct, and more concerned with love than sensual satisfaction. These are traditional views because there is a lot of truth to them. However, even the new 'male-style' female eroticism (lots of four letter words and body parts mentioned) is not very popular with male readers. It is almost as if both female and male authors ‘don’t get it’ (when writing for the oposite sex) while in reality, they do 'get it' as far as writing what their target audiences will appreciate.